As you look at Christian schools across the country or around the world, it’s natural to wonder how different the environment might be from what you’re used to. Students from other regions considering schools like ENC often wonder what Christian colleges in New England are like.

There is so much to the culture, the speed of life, the spirit of a place that you don’t think much about when you’re growing up in it. Then it comes time to leave that place for college.

Suddenly, you find yourself nervous about whether you’ll fit in.

At the same time, you’re probably excited about experiencing new things, too.

Your mind fills with questions you may never have considered before:

There’s one approach to tackling your concern and curiosity that never works – saying to yourself, “Don’t worry about it! You’ll find out.”

These are important questions. Every incoming freshman to ENC and other Christian colleges in New England is asking them. That includes New Englanders, who may have grown up near the school but wonder how life on campus will be different.

So don’t ignore them. Read on to get some of the answers, and then be sure to reach out to someone – an admissions counselor, coach, instructor, current student, anyone on campus – to help you address your worry and ramp up your excitement!

Like most big cities, Boston is a wonderfully diverse place. People here come from a variety of backgrounds, speak in different accents, and represent a range of personalities. (But everyone loves the Red Sox, of course.)

Diversity is exciting. It’s fun to meet people with stories you’ve never heard before and ideas you’ve never considered. It can also feel uncomfortable to be in a new context where you feel like an outsider.

Thankfully, you won’t be an outsider. Unlike a visitor or tourist, you’ll have the sense of belonging that comes from being a part of a Christian campus community.

2. Who “fits in” on a New England Christian college campus, and who doesn’t?

While not everybody wants to admit it, it’s very common to worry that your school of choice is for other people. That you might not belong there.

Here are two big concerns that aren’t unique to New England but may be on your mind. You might have heard these described as the two things you’re never supposed to talk about at a party: politics and religion.

It’s the Northeast, so is everybody liberal? Except on Christian campuses, where everybody is conservative? Which political opinions are okay to share? Which do you have to keep to yourself?

This is just not as clear-cut as people tend to believe. You will find people here who represent a variety of views from across the political spectrum. People who don’t neatly fall into a “liberal” or “conservative” category.

The only requirement for “fitting in” is being able to treat others with respect.

Many students are surprised by the calm, reasoned discourse about important issues that happen on a campus where people respect one another. It might not be happening on TV, but freedom of thought and openness to discussion is alive and well on campuses like ENC’s.

Is Christianity on New England campuses the same as Christianity in other places? Is the way you practice your faith distinctly different from how faculty and students there practice theirs?

This really depends on the specific school. There are basically two kinds of Christian colleges in New England: Catholic schools, and schools that are more broadly Christian.

We can’t speak for all schools in the region, but you might say spiritual life here at ENC feels like a big tent. Many Christian traditions are represented here. That means that whatever tradition you grew up in – Methodist, Baptist, Presbyterian, whatever – you’re likely to find others with a similar background.

There’s no such thing as being “the wrong kind of Christian” here, or “not being Christian enough.” Campuses like ours welcome everyone.

Even if you didn’t grow up in the church at all, you can fit in here, too. You’ll probably be presented with some ideas that are new to you, but because this is a diverse place, so will everybody else.

3. What unique opportunities do Christian colleges in New England open the door to?

The combination of attending school in this region – especially the Boston area – while applying Christian values to your education is a powerful one. With such a huge breadth of opportunity and a focus on meaning, it seems like anyone can benefit from coming to schools like this.

Benefits of Attending College in the Boston Area

While opportunities to explore careers in medicine, technology and other sciences abound through the New England region, the Boston area is especially attractive to students interested in STEM. But it’s broader than that. Boston has been recognized as the world’s most innovative city, attracting people who love to apply research to solving big problems.

Our partnership with the scientific community here is a big part of our students’ success. The Council of Christian Colleges and Universities placed ENC #7 among CCCU schools in STEM graduates who went on to pursue their PhD!

If you’re interested in a career in criminal justice – whether law enforcement, practicing law, engaging with the political system, or any other related area – this is an exciting place to be. The Boston Foundation and the Massachusetts Criminal Justice Reform Coalition are just a couple of examples of many ways leaders from across the system are actively coming together to find solutions and effect change.

For education students, it’s hard to argue for a better place to get classroom experience than Massachusetts. Ranked the best school system in the country in a 2020 study, schools throughout the state, including Boston, Quincy and other Boston suburbs, boast quality teachers, community partnerships and student achievement rates.

Students interested in the communication arts find the Boston area to be an exciting place to enter their industry of choice. There are many opportunities in digital media that provide excellent internship experiences. The state is also ranked 13th in the country in favorability for journalists by safehome.org.

Engagement with a Christian Focus

Whatever career you’re interested in pursuing after earning your degree, you want what you do to matter. Beyond the incredible exposure to the world you get here in New England, at a school like ENC, you’ll also get guidance in how to navigate the world in a meaningful way.

It’s one thing to think about your interests and aptitudes. It’s another to consider how you can sharpen your skills and use your unique gifts to make a difference in the world.

At the center of your college experience is your sense of calling. What are you called to do with your life that will have a positive effect on the lives of others? It’s your opportunity to wrestle with that question as you engage with this incredibly diverse, vibrant hub of humanity that makes attending a Christian college in New England so enticing!

Ask Your Questions About Christian Colleges in New England

This article has probably only scratched the surface of all the questions and concerns you have about coming to this part of the country, or about taking the leap into college life.

Reach out and talk to us about whether Eastern Nazarene College is right for you. Better yet, schedule a visit to come see it for yourself. 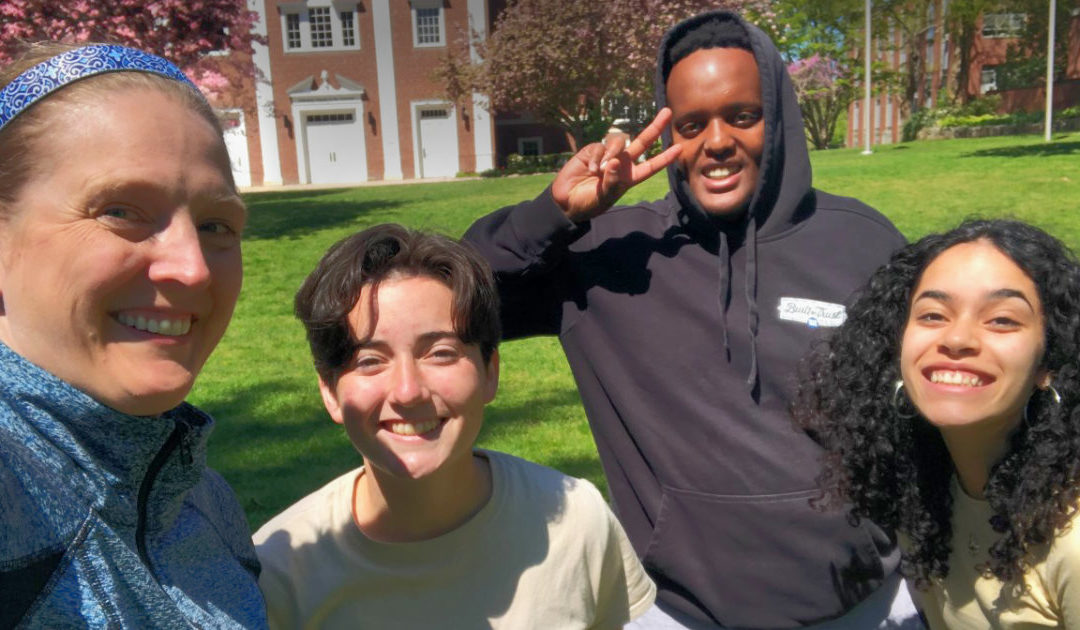 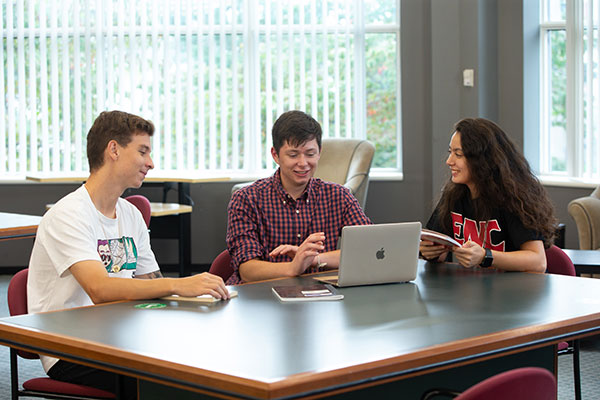